All eyes were on Madonna at the Met Gala when she shocked all by wearing her Moschino Camouflage Army Style Dress. Always one to make a fashion statement, the 59-year-old Madonna rocked her Moschino custom army-inspired gown complete with green scrim net train, gun holsters, army green bag, and a diamond grill in her mouth. She accessorized the look with plenty of bling, layering up necklaces and rings, and diamond keys on her belt buckle. 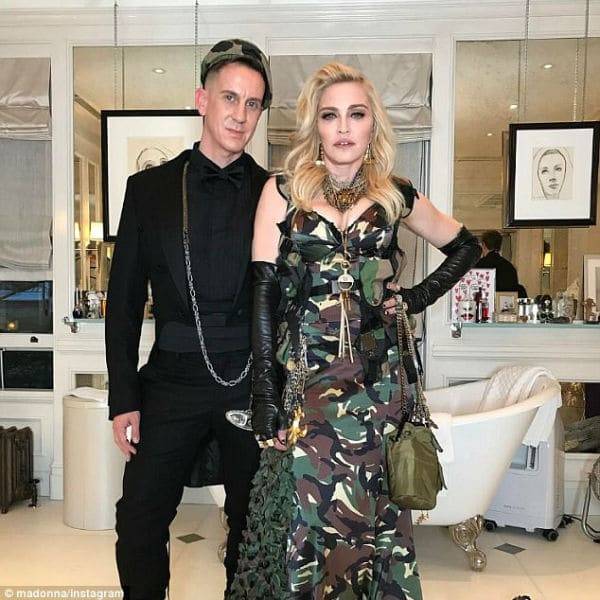 Jeremy Scott was Madonna’s date for this year’s Met Gala, which seems to be somewhat of a tradition since Madonna was spotted with Scott wearing a graffiti-inspired Moschino dress that matched Katy Perry. 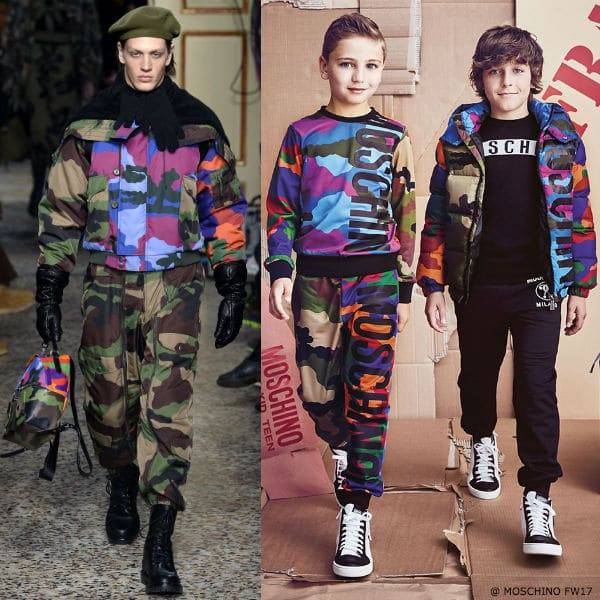 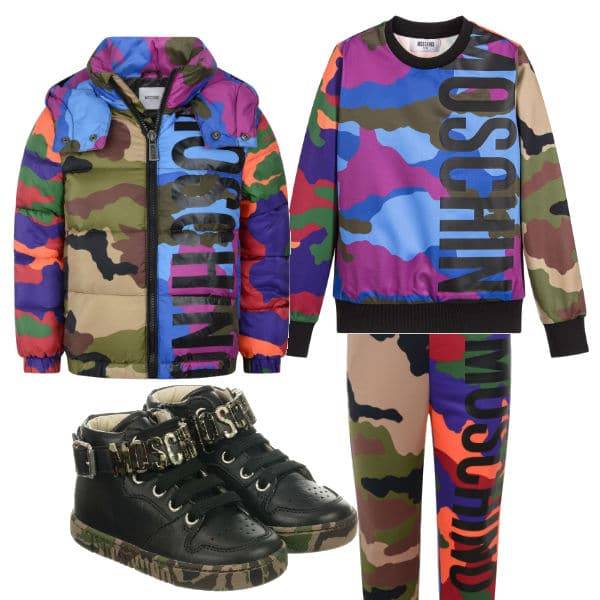 Your little guy will love these Moschino “Military Couture” Camouflage down jackets, sweatshirts, sweatpants, and high-tops, all available online and ship worldwide.