2013 was a big year for Beckham family fashion…Mom Victoria has always been in the fashion spotlight as a Posh Spice-Girl and heading her own Victoria Beckham fashion label. Dad David Beckham has also evolved from football to fashion icon and there are rumors that he will launch his own fashion label.

And let’s not forget the gorgeous Beckham boys Brooklyn, Romeo, and Cruz who often show off their sense of style in family photos. Here’s one with the Beckham boys wearing bespoke Burberry suits as they stepped out for the launch of Viva Forever musical in London. 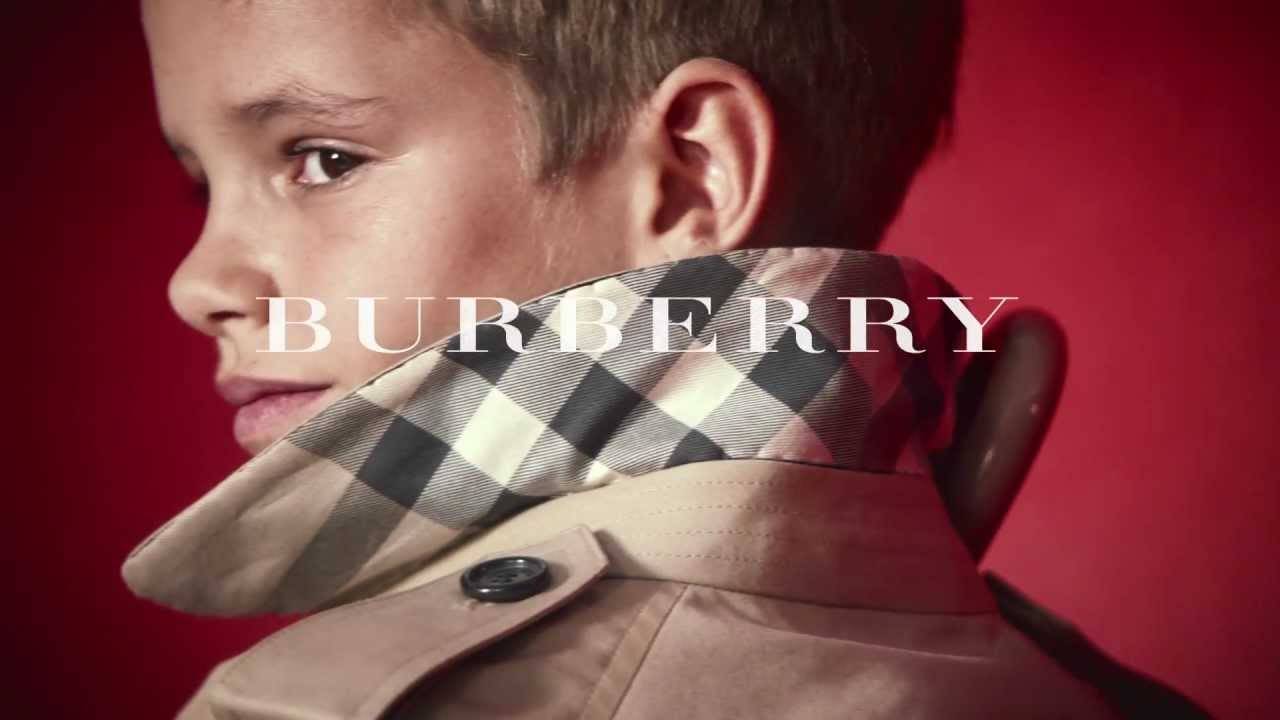 Earlier this year I wrote a post about Romeo Beckham modeling for Burberry Kids. At the age of 10 years, Romeo has become the new face of British fashion house Burberry.

And what about gorgeous little Harper? With her first New York Fashion Week under her belt at just two-months-old, Harper has become a regular fixture at Victoria Beckham’s fashion shows, becoming a lucky mascot over the past two years.

At Victoria Beckham’s New York Fashion Week show Harper was seen sitting on David’s lap in the front row. She looked simply adorable wearing her pale blue baby Chloé summer dress, little pumps and her long hair tied up in a bun. Daddy David was all smiles as he proudly watched his wife’s latest collection, looking as stylish as ever in his dark suit, pale blue shirt and skinny tie.

Harper seemed to make friends at the fashion show with Vogue editor-in-chief Anna Wintour who sat next to her in the front row. Wouldn’t you love to know what they were talking about? 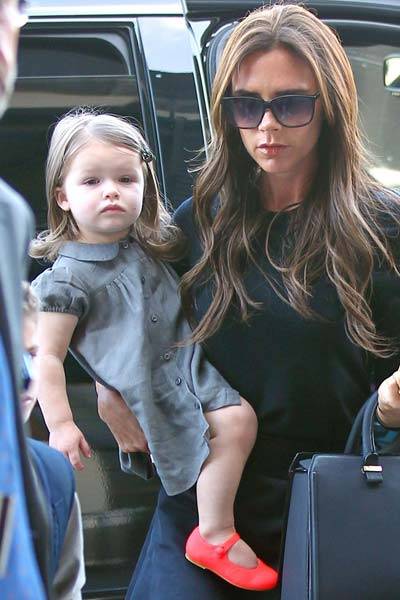 According to Vogue.co.uk, Victoria has even started producing designer mini-me versions of her VB by Victoria Beckham collection just for her daughter, tweeting an image of a cat-print dress with the message, “Cutie cat for baby Harper x vb.”

Which makes me wonder, will Victoria Beckham be launching a mini-me kids collection in 2014? Wouldn’t that be amazing….I’ll keep you posted on Beckham Family Fashion!

0 replies on “Beckham Family Fashion in the Spotlight for 2013”