Stella McCartney is an English Fashion designer, daughter of Sir Paul McCartney, of The Beatles and Linda McCartney. Although Stella never went down the music route like her well-known parents she has certainly made her own mark in the world by becoming a very accomplished fashion designer. After graduating from Central Saint Martins where her friends, Kate Moss, Naomi Campbell and Yasmin Le Bon all modeled in her final collection, she interned for Christian Lacroix and Edward Sexton of Savile Row. In 1997 Stella was appointed Creative Director of Paris fashion house Chloé…Then in 2001 her own luxury womenswear brand, Stella McCartney was launched followed by collaborations with Le Sportsac, Adidas, Gap kids, H&M, Disney. 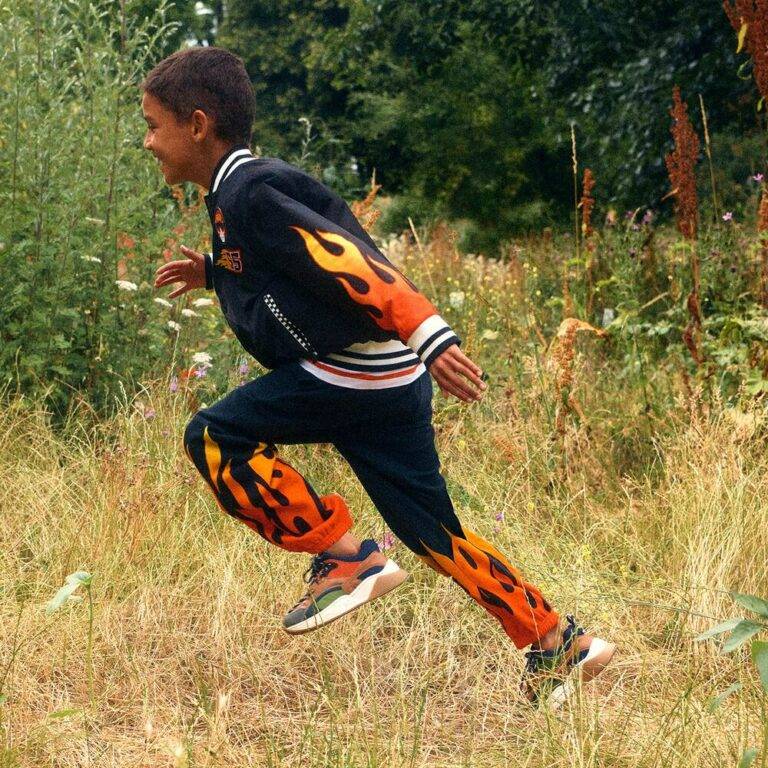 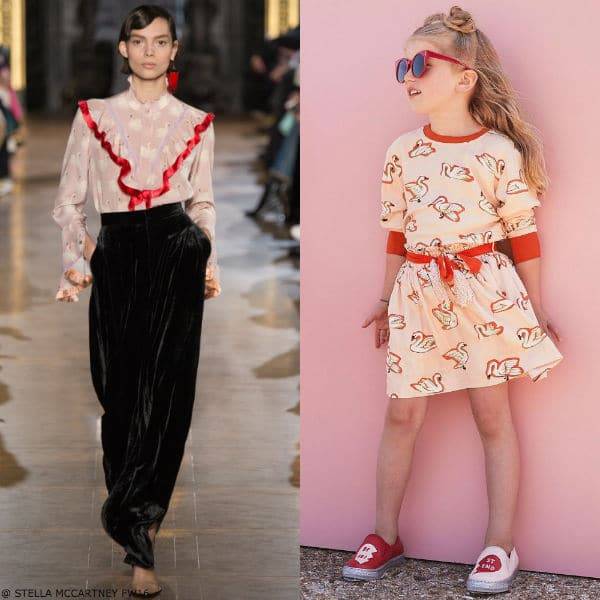 Stella McCartney has brought out the symbol of grace and beauty to her collection with her Swan collection for Women & Girls.

Following the success of her collaborations with GAP Kids, Stella was inspired to create her own line. In November 2010 Stella McCartney Kids was launched, a collection catering for newborns and children up to the age of 12. Her playful styles and vibrant color palettes perfectly capture the essence of the fashion-forward youth of today.

This adorable collection for baby, girls, and boys is inspired by the women’s collection featured on the runway at Paris Fashion Week, making the perfect mommy & me look! Some of my favorite pieces in the collection are the military jacket and the amazing cowboy boots. Best of all, the prices are relatively reasonable for high-end children’s fashion designed in London by a world-famous runway designer.

“I have had to think of what would appeal to other parents and children and create a collection that is not too precious, but yet sustains a certain quality. Pieces that your kids will want to wear out on an everyday basis, but still special enough that you will want to hand down to your next child or your children’s children.” – Stella McCartney.