UGG Australia Kids Boots are one of the most popular brands of footwear for kids & adults. There’s nothing like putting your feet into a super comfy UGG boot that keeps you warm on a crisp cool day. UGG Australia kids offers a huge selection of boots for baby, boys & girls in a wide variety of colors and styles. 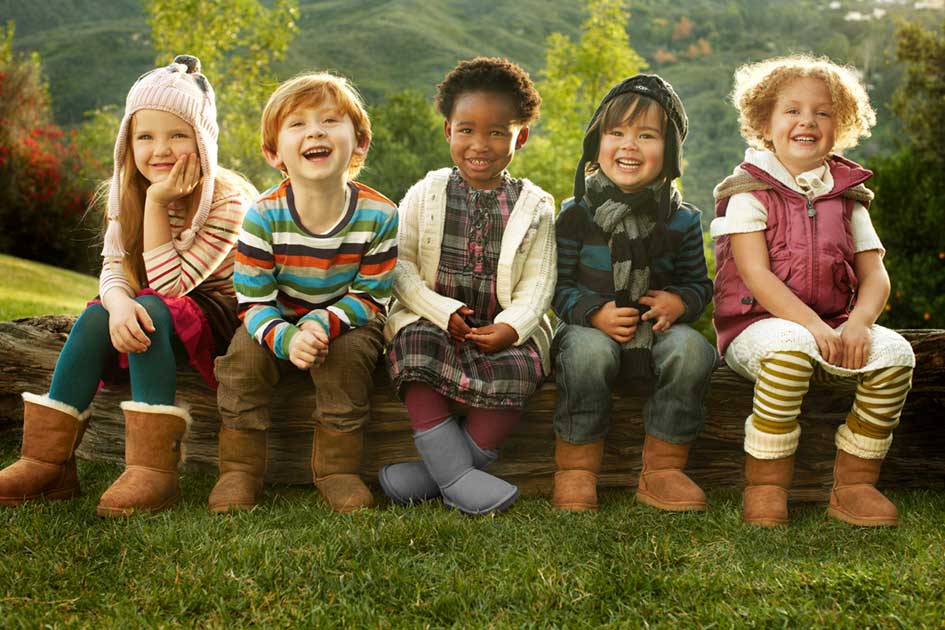 UGG Australia Kids began back in 1978 when Brian Smith, a young surfer from Australia, took a trip to the United States with a bag full of sheepskin boots. Soon after his arrival, the UGG Australia brand began to take shape when Brian found a new home amongst California surfers. Brian began selling his sheepskin boots and they were an immediate hit and their popularity quickly expanded.

In the mid-’80s UGG boots became a symbol of southern California culture and you could find them in surf shops from San Diego to Santa Cruz. The popular UGG boots soon reached cities and small towns including ski shops and lodges from Mammoth to Aspen. Since then UGG Australia has grown to be one of the most popular luxury footwear brand worldwide.

The UGG Australia brand began to symbolize those who embraced sport and a relaxed, active lifestyle. More than that, an emotional connection and a true feeling of love began to grow for UGG boots, just as Brian had envisioned. People didn’t just like wearing UGG boots, they fell in love with them and literally could not take them off.

UGG Australia gained popularity celebrities and those in the fashion world took notice of the brand. UGG soon became a symbol of living a more casual lifestyle – a sort of cultural shift occurred with people were embracing, and feeling empowered. Oprah soon embraced the brand when in 2000, UGG Sheepskin boots were first featured on Oprah’s Favorite Things – declaring that she “LOOOOOVES her UGG boots.” This of course made the world notice these luxury sheepskin boots.

Kids across the globe enjoy UGG style and comfort with their cozy sheepskin boots. UGG Australia kids boots are made of only the finest materials in the construction of UGG products – the highest quality leathers and suedes, and of course, the world’s finest sheepskin.